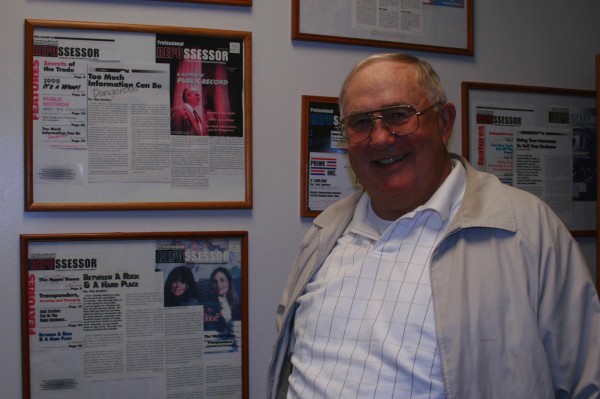 Nashville, TN – Ray Crocker is a voice of reason in the otherwise chaotic and largely unregulated repossession industry. The mafia failed in the 1950s to bring repos into their rackets, but Crocker has watched over the last 25 years as tow-truck companies and auto auctions have not only low-balled professional companies like Crocker’s, but have also caricaturized repo men as lawless renegades at the ready to strong-arm consumers. On the television show Operation Repo, situations based “on real life events” are re-enacted, depicting repo agents muscle-men wrestling property from owners using headlocks and mace.

Nonsense, says Crocker, 62, who sits on the board of directors for Time Finance Adjusters, one of the more reputable repossessor associations. His attempts to persuade state lawmakers to regulate the industry have failed, but Crocker insists he’ll keep trying. The Feral Scribe caught up with Crocker at his Nashville, TN, office to discuss the industry, the difference between television and reality, and whether being a repo man is actually dangerous.

How does the reality differ from what you see on television?
Don’t get me wrong: you can get in some bad situations. If you walk in prepared, if you know where you’re going, when is the best time to be there, then generally you’re successful. Sometimes you can’t just go there with the keys and take it. Sometimes you have to make contact. And that’s the difference between Joe Repo and a professional. You have to be a salesman. You have to sell somebody on giving up something they need, want, and been trying to pay for. You’re gonna take it from them. For them, there’s no tomorrow. The word ‘repossession’ is like the word death. They think, you take their car they’ll never get it back, but the truth is that law allows the debtor 10-days to make arrangements.

Have repossessions gone up as the economy has gone down?
Right now, business is slow. When I first got in the business, my going rate was around $350, but we got companies out there, like these auto auctions, that decided to get in the repo business years ago. They go to these finance companies with flat repo fees, whereas they’re paying me $350 for the repo, plus another $200-plus for the skip-trace and find. These other guys might drive 200 miles to eight different addresses, never find a vehicle and still think they’re making money. Some will tell you they’re a skip-trace company, but really they aren’t. I call them skip-guessers. (Note: Skip-tracing is the process of locating a person or property.)

What’s a good repo?
Address is good and you get it on the first lick.

A bad one?
Dealing with a guy who has been in jail for drugs, assault and battery, murder, he’s hiding, he’s running, the law is looking for him. Just last week, we had a girl go into a car dealership with a letter from the bank that said she just deposited $250,000 in a bank account, but due to the amount there was a hold on the money for 10 days, then her check will be good for the new car. It was a bogus check, but they gave her the car. So, they called me. I had the car in two days.

Do repo men need to be licensed?
The state of Tennessee will not license repossessors. They demand PI companies to be licensed, but not the repossessors. Last year they passed a law saying you need a license to make keys. We do more investigation in a week than most P.I. companies will do in a year. We make keys and can open just about any vehicle but we are not required to be licensed. Look at the laws that impact repossessors. This [binder] tells me what federal laws impact my business, the things I have to abide by. It was first 97 pages, and has just been revised to 339 pages. Joe Repo has no idea what these laws are.

I went to a state Senator a few years back to try and get him to license repossessors. He thought that was a good idea, because it’s a consumer protection, ya know? You can’t jerk people out of the car, mace them like you see on TV or put your hands on them. That’s assault. You can’t go busting into their office. You can’t do anything that’s illegal.

How they get away with that stuff on television?
They shouldn’t. I’ve been after the industry to go after them. If someone tells you to put the car down, you put the car down. If you do it against protest, you’re breaching the peace. You can’t go in and cut a lock. You can’t mace them. It’s really pathetic. I don’t know how to put it other than shaking my head.

What happened with the law?
So, they wrote up the law and filed the law and it wasn’t three weeks that I get a phone call calling me to this Senator’s office. He’s got all these guys in this room and the Senator goes, ‘I’m gonna have to drop this law.’ And I says, ‘Why?’ ‘Well this is Big John over there and he’s president of Tennessee’s Tower’s Association and they’re not gonna support me anymore if I fight for this law.’ And I look at Big John and say, ‘Well, why not.’ He says, ‘You’re trying to license our business.’

I says, ‘No I’m not. I don’t do private property tow aways. I’m not in the rotation for the local police or sheriff. I don’t clean up after wrecks.” But they pulled the bill. What it takes, they think, is a lot of nerve and a tow truck.

So the industry exists in a regulatory limbo?
The majority of it does. We’re not just thieves in the night. I take a lot of pride in what I do, what my company does. Anybody with a tow truck can go to an address and leave with a vehicle. The first phase of the investigation is that you gotta know where that car sits. Ford Credit, GMAC, all of them, they all downsized and are using call centers in India that use the same investigative databases that we do.

HIPAA (Health Insurance Portability and Accountability Act)… you wouldn’t think HIPAA applies to us but it does. You get somebody’s car and there’s medical information inside papers, prescriptions, whatever. You have to box that up and secure it per HIPAA. Gramm Leach Bliley does not allow you to talk to anyone about the debt other than the debtor. Not his wife, his mother or brothers. You can’t just go over there and say, “You know where Ray Crocker is? I need to repo his car.’ You can’t say that. You can’t talk about their situation. You have to put a whole lot of sense in what we do. Only two states require licenses for repossessors – Florida and California.

Biggest misperception people of have of repo men?
That we’re tattooed, have studs in the eyebrows… I had an idiot walk in that had that crap on him, muscle shirt, nose with an earring, and I say, ‘Son, you’re telling me you wanna work for minimum wage the way you look? Just get out.’ I wouldn’t even consider hiring a guy who looks like that. The recovery agent is an extension of their client. How they dress and present themselves and what they do to handle the job is a direct reflection on the client.  Federal courts have ruled time and again the client – banks, finance company, credit union – is responsible for the actions of the recovery agent.  Millions of dollars have been paid by the client because of a repossession gone bad.

Now listen, this guys sends out a guy on assignment to pick up a car… this is a real story… guy don’t handle that area, so they send it to a repo man who does handle the area, but the guy doesn’t have the truck, his brother-in-law does. Guy beats the hell out of the repo man. Repo man tells the bank, ‘You gotta go legal on this. The guy beat me up.’

The debtor goes bankrupt. Eight months go by. The collector from the finance company calls. They put it out on another repo. Send it to the same repo company, who sends it to the same guy. He’s got a key to it this time. The guy comes runnin’ out and the repo man ends up hittin’ him, draggin’ the debtor 90 feet down the driveway. Kills him. Family sues the finance company, the repo company and it goes through all the channels of court. The finance company was responsible for the actions of the collector. They hire these untrained, six-gun repo men thinking they’re getting a good deal.

So it is pretty dangerous work?
Of course it is. We’ve been shot at. Things you wouldn’t think would happen. Guy has three BMWs. Send three guys up with keys to get them. They get into driving and the guy comes out. Pow! Pow! Pow! One bullet goes through the license plate, the back panel and then lodges in the back of the front seat.  I’ve had people sit across the street with a gun. In 25 years, I’ve dealt with all kinds. I know that sounds bad, but in all the years of recovering collateral, and I mean tens of thousand of vehicles, 98 percent of the time the recovery is done without incident.