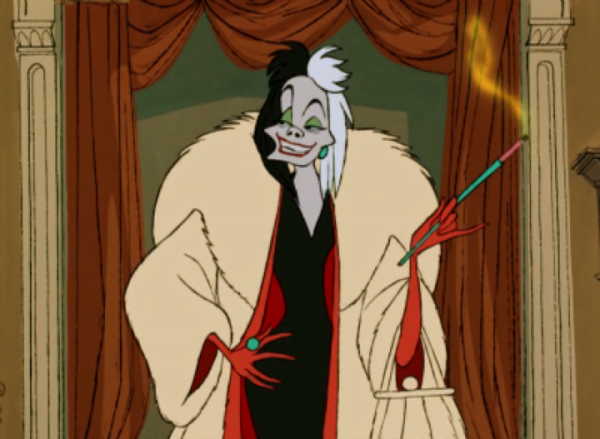 Madison, WI – Every so often I’m blown away by an outstanding work of journalism. I love a well developed and thought provoking piece that enriches my understanding of the world I inhabit. I stumbled upon such journalism earlier this week, a work by Brian Sikma, an ambitious writer who pins down provocative issues with probing questions and unflinching fortitude.

On Dec. 4, The Green Bay Press Gazette posted a story on its Facebook page about Wisconsin’s Department of Justice plan to slash funding for its Sexual Assault Victim Services program by 42.5 percent. The program, established in 1995, provides grants to agencies that provide assistance to sexual assault victims.

Beneath the posting on the Press Gazette page, a woman named Nancy Butzlaff, took aim at Gov. Scott Walker with the following unedited comment:

“Another thing Walker has destroyed . . . well just more people that will sign for recall walker now . . . is he really that ignorant to even attack victims at their lowest . . . what a real prize, maybe someone should rape and victimize his wife and daughter if he has any . . . or even sons, then he will wish he supported this service a lot more.”

Sikma, who writes at MediaTrackers.org, a self-avowed purveyor of conservative news, quickly sniffed out a story and, with haste, began gathering facts, many of which were studiously culled from the Facebook profiles of Butzlaff and her husband, Robert. Early in his investigation Sikma made the foreboding discovery that Robert is a state employee.

His discerning eye then uncovered – through an online state court database – that a woman who “appears” to be Butzlaff was convicted in 2007 of misdemeanor contributing to the delinquency of a minor.

Even more, using a different statewide database he learned that Robert, a corrections officer, “made over $63,000 – including overtime pay – in 2010.”

From Robert’s Facebook photo album Sikma pulled a snapshot of the smiling couple taken as they sat together on a patio swing so readers would know just what people who want other people to be raped look like.

Lastly, Sikma crafted a rousing headline for his hard-hitting story.

As with most extraordinary journalism, others soon took note. Chief among them was Vicki McKenna, a talk radio host on WIBA 1310-AM in Madison. McKenna loves her some Scott Walker, so her outrage over Butzlaff’s comment was palpable.

Recognizing the gravity of this very important story, she posted Sikma’s screed on her Facebook fan page so that she and her 9,136 fans could bemoan what a horrible person Nancy Butzlaff was and how dangerous liberals in general are.

As breaking news often does, Sikma’s story grew legs. On McKenna’s fan page alone twenty-nine people liked it. Thirty shared it. And 144 robust opinions have been typed up about Butzlaff, her unfortunate rhetorical flourish, and even her very humanity. McKenna had given her droogs a whiff of blood.

Marcy Roozen, a Milwaukee Public School teacher, wrote, “this woman has no right to be called “a human being!” she is nothing more than the lowest form on this earth! how can someone be so awful ? i’m going to pray for her, she needs divine interventions in her life……obviously she’s been hanging out with the devil!”

Peter Weghorn, a specialist in back hair mitigation, says, “That woman is obviously very unsuccessful, bitter and unhappy in her life–and she richly deserves to be all three. If you brought as little merit into the meritocracy as she does, you’d be terrified and angry too.”

Ryan Aubin took issue with Butzlaff’s husband claiming to be a Republican. “Strange that the husband says his political views are the Republican Party, yet he proudly displays the blue fist,” he lamented.

Emily Petersen, who studied corrections at Mankato University, really wanted Butzlaff to pay for her words. “Everyone should forward a screen shot of this to all of the local news stations…,” she wrote.

Barbara Ball, who calls Muslims “sickos” on her Facebook page, imparted this wisdom, “These are the true criminals. These are the people who cause rape and violent crimes by giving the criminals the ideas. This women is lower then trash… This is the difference between liberals and conservatives, liberals believe in violence on the innocent. God please protect our wonderful Gov. and his wife and family.”

At some point Butzlaff’s daughter, Terri, attempted to clarify that her mother did not wish for Walker’s family to be raped. As a victim of sexual assault and the mother of a daughter who’d been raped, Terri explained that her mother was trying to convey that the fund wouldn’t be there for Walker’s family should something unimaginable happen to them.

But the rabid droogs weren’t going to let a reasonable explanation diminish their outrage.

Jeffery Johnson responded, “Kind of sounds like your whole family is pretty disfunctional (sic) Terri. Crawl back under the rock you and yours came from, and I am guessing by the looks of your mother it is a pretty BIG rock!”

Fred Hack, owner of Fred M. Hack General Contracting, suggested they fight back by lynching the Butzlaffs. “This is truly sick!” he wrote. “Time to find a strong rope and a solid tree!”

The Queen Bee herself had the last word before banishing Terri from her fan page forever. “honey, if this gal is your mom, she shouldn’t have posted these comments publicly. you got a problem with her getting the attention she sought? talk to HER. now, go away. your continued madness is not welcome here,” McKenna wrote.

By now, Sikma must’ve been very proud of himself. Not only had a local media star referenced his work, but it had sparked a lively discussion, too. His journalism was having an impact on the lives of many, including Nancy Butzlaff.

But Sikma, in his eagerness to rile up folks like McKenna and her droogs, forgot to do a basic journalism-y thing: He never offered Butzlaff, a private citizen, the chance to comment on his charge. Fairness be damned. Maybe his story wasn’t so great after all.

Had he called her he would’ve learned that Nancy Butzlaff, 49, lives in Green Bay with her husband, Robert, and their four daughters, one of whom is developmentally disabled and was raped at gunpoint several years ago, she says.

Butzlaff stresses that she doesn’t wish for anyone to get raped, but was angered to learn the governor she voted for wants to slash funding for a program that has been helpful to her family. She saw the Press Gazette post and rattled off something stupid.

“My daughter and I were victims of brutal rapes and we used the sexual assault center,” she tells The Feral Scribe. “We both wouldn’t be here without those programs. We both tried committing suicide. And without this program, a lot of women are going to take their lives. You can’t deal with this alone.”

In 2007, Butzlaff says she was charged with contributing to the delinquency of a minor after authorities learned she had purchased condoms for her 16-year-old daughter (not the one who was assaulted). Though her daughter could have legally purchased the rubbers herself, the district attorney argued that the purchase encouraged the illegal sex her daughter was having with an 18-year-old man. She pleaded no contest and was sentenced to a year of probation.

Butzlaff, who suffers from emphysema and a degenerative bone disease, says she was mortified after a friend told her about the things being said about her on McKenna’s fan page. “It was like eighth-grade bullying,” she says.

Upon learning that McKenna planned to discuss the comment during her three-hour radio talk show, Butzlaff says she called WIBA and begged them not to do it. She says the woman who answered the phone called her a “lard-ass bitch” and hung up.

On Tuesday, a Capitol Police detective drove to Green Bay from Madison to inquire about Butzlaff’s comment. She explained to him, just like her daughter tried explaining to McKenna’s droogs, what she really meant. She agreed, as the detective pointed out, that her comment could be interpreted in one of two ways.

Butzlaff assured him it was an unfortunate rhetorical flourish and promised she’d be more careful with her words in the future. Fortunately, the officer gave Butzlaff the benefit of the doubt, finding no reason to charge her with a crime.

That night, on her Facebook page, Nancy wrote, “Good night all, even my enemies, I forgive you, but I will not forget what you have done or said. Karma is an evil event that will bite you twice as hard than what i got hit with today. At least my name was cleared, more than what can be said about yours.”