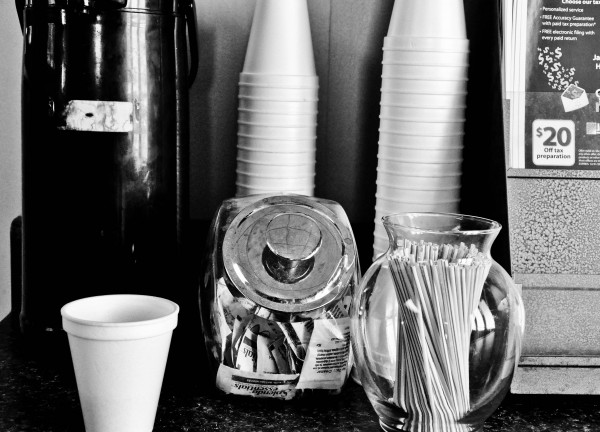 Western North Dakota—When I took over the motel a few weeks back, I had one housekeeper, hardly sufficient for 52 rooms. So I began asking for more help because I didn’t want to clean rooms. One morning, a highly energetic middle-aged woman showed up at the office.

Three minutes conversing with this lady I was exhausted. She spoke fast as an auctioneer and had a tendency to complete my sentences for me. I speak a lot slower than she does. I later attributed it the gallons of Coca-Cola she pounds back each day.

I showed her the laundry room, a complete and utter mess, and asked that she clean it. She rattled off all of her motel and housekeeping experience, then assured me, I know what I’m doing. I can do this.

Over the next week or so, Suzy put my other housekeeper to shame. She accomplished more before 9 a.m. than he did an entire shift. She hustled it hard, hauling garbage to the bin, folding laundry at mach speed, then going off to work the night shift at Burger King.

Soon the laundry room was sparkling. The linens and towels, which had been scattered all over the place, were neatly folded, organized and inventoried. Suzy was completing her work so fast she was soon taking on new projects. I admired her energy, thinking she’s got twenty years and thirty pounds on me, but with five-times the energy. Even my boss, who isn’t loose with the compliments, marveled at her work ethic. I talked him into giving her $10 an hour instead of his customary $8 for housekeepers.

One day last week, Suzy didn’t return from lunch. Later that day, a police officer came to see me. He had a motel master key Suzy ask him to return to me. He wouldn’t tell us what happened, but we read in the newspaper a few days later she’d been arrested for a hit-and-run. Not only did she leave the scene of the accident, but when the po’ caught up with her they found she had no license. They also found a little baggie of meth in her pocket.

In the slammer she went.

Suzy returned yesterday, after ten days in jail, to ask if she still had a job. She said the jail here is very nice, with remote control televisions in each cell and popcorn on Saturdays. She wasn’t as peppy as I recalled, but figured jail, even cozy ones, will wear a person down. I was concerned, however, that if she’s laying off the meth while her case is pending she might not be the employee she once was.

I gave Suzy her job back. It isn’t my business what she does in her personal life. Besides, meth users don’t let trifles like criminal court stand between them and their buzz. This morning she was in at 6 a.m., hyper as ever, rambling like an auctioneer. Within the hour she had emptied all the garbages, swept the parking lot, and had the laundry room back in order—all before the other housekeeper even clocked in.

I’m thinking he could use a little pick-me-up.