Stood-Up by the Sasquatch Hunter | The Feral Scribe

Stood-Up by the Sasquatch Hunter | The Feral Scribe

Overton County, TN – Earlier this year I spoke with Jeffrey Teagle, the self-proclaimed Chattahoochee Bigfoot researcher, about accompanying him on a bigfoot research expedition. He replied that in May, him, Janice Carter and Igor Burstev would be in Tennessee doing field research in Overton County and invited me to join them. They had reserved a cabin in Standing Stone State Park, where, Teagle said, is one of several areas in the south where clans of Sasquatches live.

He said they’d be there May 19 – 21. All good. See ya then. I began researching Janice Carter and Igor Burstev.

Janice Carter was born and raised in Tennessee. In 1947, her father discovered on his farm an injured juvenile Sasquatch, which he nursed to health in a barn until the creature’s parents came for it. That Sasquatch, who they christened Fox, returned frequently over the next several decades for the food the Carter family graciously gave. Burstev even once drew a picture of Fox accepting garlic cloves from Carter’s hand. Being a child raised amongst such company, Janice came to understand the Sasquatch language. Years ago, she published the Sasquatch syllabary, which has been debunked by several linguists.

Burstev, curator of the Darwin Museum in Moscow, has been on the Sasquatch trail for almost 40 years. He’s visited the Carter family farm and Standing Stone State Park, concluding that Sasquatches do in fact inhabit its lush forests. On the Internet, you can find pictures of Burstev rolling around in Sasquatch nests, showing off his plaster Sasquatch footprint casts and pointing generally toward vague locations. Teagle explained Burstev was coming to Tennessee not only for research, but to also give a very important Internet radio broadcast on the topic. 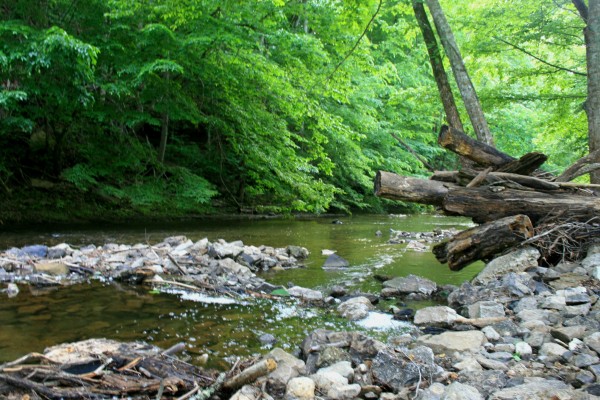 Teagle’s own interest in Sasquatches began in 1997, after seeing one cross the highway along the Chattahoochee River, which runs along the Alabama-Georgia border. In the years since, Teagle says he’s identified four areas where he’s habituated himself amongst various Sasquatch clans. He sits with them, feeds them, leaves them trinkets. “They’re not as big as you’d think,” he told me during a phone conversation earlier this year. “They’re hairy, not as tall as I thought they’d be, and have black skin. They look kind of how an African-American looks.”

Ouch! Not a cool thing to say, but I bit my tongue, chalking it up to some sort of subliminal racism, Teagle being from Alabama and all. But I wanted to feed one, like the goats at the children’s zoo. However, there weren’t any guarantees, he continued. Apparently, they’re very finicky. Don’t like their pictures taken. It takes time to earn their trust. Or, as my buddy Nick put it, Sasquatches tend to exhibit a complete aversion to legitimate people.

“I don’t see them every time I’m doing research,” explained Teagle. “It depends on how they feel about the situation.” 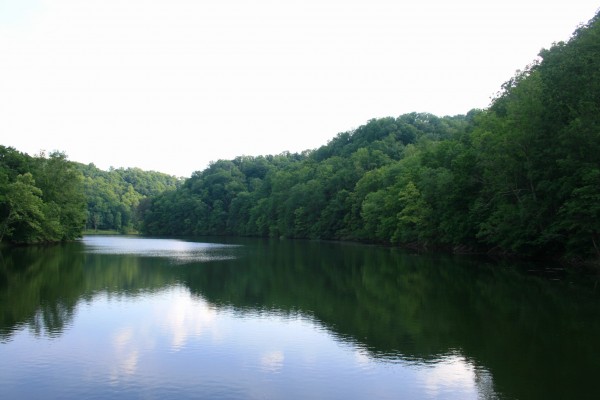 So, on Wednesday, May 19, I arrived at Standing Stone State Park, got a campsite and waited for this trio to arrive. Several hours passed. I returned to the office. “Has Jeffrey Teagle checked in yet?” I asked.

The registrar pulled out a huge book, flipped to this week’s dates. “Actually, he’s not scheduled to be here until tomorrow, the 20th.”

Okay. No problem. I’ll hang at my site and enjoy nature. Trees. Bugs. Dirt. Build a campfire. Twiddle my thumbs. Roast a wiener. Pace. Read a little. It was rainy. Cold. Icky. I was alone. All alone. That night, as the sun set over the Cumberland Plateau, I did worry a little about the Sasquatches. After all, they are nocturnal. Or so they say.

The next day I dorked around the park, with more than 8-miles of hiking trails traversing 11,000 acres that hug the large Standing Stone Lake. Around noon, I returned to the office. “Has Jeffrey Teagle checked in yet?”

So I drove into Livingston. Walked around. Drove around. Made some calls. Wrote a little. No wi-fi anywhere. Not even the library. It had been down for two weeks. Around 3 p.m., I returned to the park office. “Has Jeffrey Teagle checked in yet?”

I returned to the campground. Cooked lunch. Then showered. I went back to the office just before it closed for the evening. “Has Jeffrey Teagle checked in yet?”

In the distance I could see a dark blanket of clouds moving toward Livingston. More rain was on the way. The ranger asked if I was staying another night. I wasn’t sure. It depended on whether Jeffrey Teagle, the Chattahoochee Bigfoot Hunter, arrived. “Well, if you decide to stay, you can just pay tomorrow.”

It was becoming clear that my odds of seeing bigfoot were better than seeing Jeffrey Teagle, that I’d been stood up by a Sasquatch hunter. I told the registrar that I wouldn’t need another night and rolled out as the storm rolled in, wondering who was the bigger fool.

And that’s how that story ended.