The Comings and Goings of Carnies | The Feral Scribe

The Comings and Goings of Carnies | The Feral Scribe 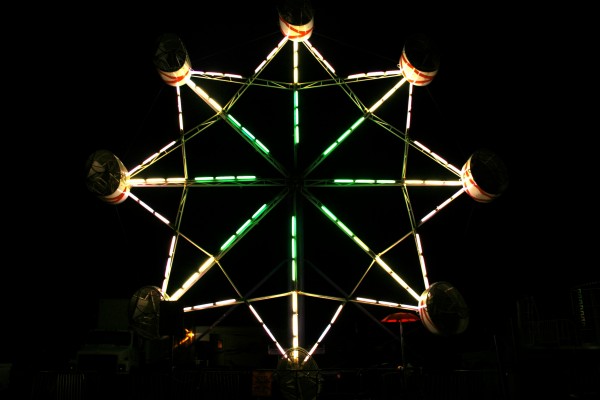 The weekend of July 4, 2010, was one for the books. Ecstatic about being in Monona, next to Madison, many in our crew took full advantage of the celebratory air. While the older Carnies recalled the many good times had in the capitol city, some of the younger guys sought out experiences for themselves. I wrote previously how some of them spent their day off bar hopping in downtown Madison before running out of money at a strip club, forcing them to call the boss for a ride back to camp.

The next night some of the Carnies went to the music tent after the carnival closed. Josh, a 22-year-old from Milwaukee, sparked a blunt. Two of the band’s members, off-duty sheriff’s deputies, alerted the on-duty authorities upon seeing the weed being passed around. Josh was arrested on outstanding warrants and is now serving 60 days’ in jail in an unknown county.

Another Carnie, Scott, was cited $360 for possession. The next day he was fired for re-selling ride tickets for profit.

The party was over.

Both Scott’s and Josh’s roommates are happy to have their own bunks. 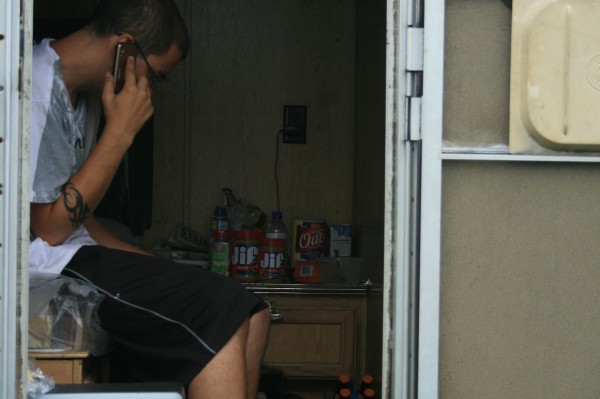 Our last night in Monona, I got a bunkmate, Shawn. I learned of him midday when my boss, Corina, told me she was putting supports beneath the top bunk. Shawn had worked three seasons with this show, and everyone spoke highly of him. Last summer, Shawn, 23, met Angie, who also worked for the show. In the time since, Shawn had married and impregnated her.

For the last week, Shawn has spent hours on my phone arguing with his wife, who thinks he left her to party with the carnival. His phone was broken. Each night I listened to him begging for her to believe him, but she won’t. Instead, she berates and emasculates him. She is five months pregnant and neither is working. One night, Shawn called the emergency line to his electric company, begging them to not cut the power.

During work hours, his wife would text me messages to relay to him. One was that she’d found a job for him near their home, picking apples for $8.50 an hour. On Saturday, I was instructed to tell him that if he isn’t home Sunday he can expect the divorce papers Monday. On break, I moseyed on over to the Merry-Go-Round, the ride he took over after Josh was arrested, and told him. That night, he returned to the bunk in tears.

That night was the first night since he’d been there that Shawn did anything close to partying; he had a beer. The next morning, 90 minutes before work call, he told Corina he was leaving, which anguished him to do. “What if we do get divorced and I need to come back?” he kept asking the night before. Corina answered that one. She told him that if he left on such short notice that he wouldn’t be welcome back.

By the time I went on break a few hours later, he was gone. 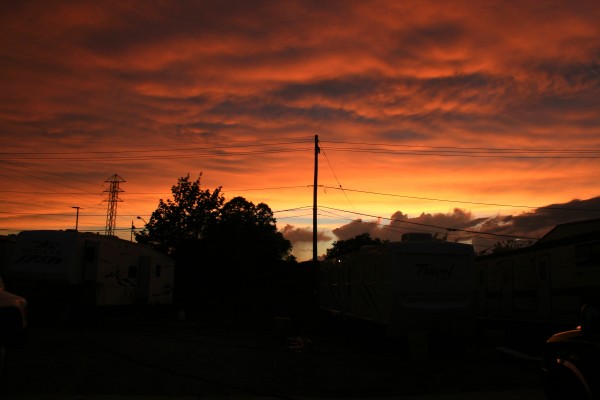 Last week the carnival was divided between Wales and Beaver Dam, an hour apart. This tacked a two-hour daily commute on the days of those whose rides were in Beaver Dam. My ride was in Beaver Dam, but I lucked out and got to stay in Wales after Craig, 22, who usually works the funnel cake stand, was put on the Fun Slide. He complained that he wanted a ride with a button, so I offered to swap rides. Fun Slide operators get a stool to sit on and an umbrella to sit on. Plus, it’s less busy than The Hamptons. It also meant I didn’t have to commute.

The bunks were on site in a Wales park in the middle of nowhere. The nearest gas station was more than a mile away. There wasn’t an Internet connection within reach. That we were smack-dab in a huge park was just as well, seeing as how we didn’t get a real day off this week. Two locations meant two set ups and tear downs. Both were slow. At the Fun Slide, all I have to do is take tickets, hand the kids a mat, tell them to put their feet in the pouch and watch them slide with big smiles on their faces.

Because I’m basically sitting, parents tend to strike up conversations, asking questions about the carnival. Sometimes if the conversation evolves, as it has a tendency to do during wristbands, when children will climb the stairs dozens of times in a row, leaving their parents their with me, a carnie, I’ll tell them I’m a writer from Philadelphia who joined this parade for shits and giggles, to, you know, kill some time. They don’t believe me, of course, but are polite and play along.

On guy ranted that carnival’s were getting more expensive because of Obama. Another guy asked, ‘since you have your teeth, why do Carnies have missing teeth?’ I told Redneck Scott, who is missing teeth, about this. “I fucking hate when people ask that,” he lamented. “I’d have punched him square in his face.”

Beaver Dam was a bust. Our set up was delayed because the city had to trim trees to make room for the Fun House and G-Force. Then there was concern about driving our vehicles on the grass, as if the committee, in a year of planning, hadn’t considered the possibility that the rides might not be airdropped in. Tear down yesterday came with its own set of complications due to the rides having sunk several inches into the soggy ground over the weekend. When the last ride was taken off site, the park was scarred with muddy tire tracks.

So much for the grass.

Andy, a 49-year-old Scotsman, quit Sunday morning. He showed up with a car, gave away everything he didn’t want and sped out of the lot. His frustration had been brewing for a while. Saturday he snapped, then he was gone. Andy’s departure makes five the number of people who’ve gone since I joined up. Mark, who’s worked for this show for 11 years, tells me one summer he saw 61 people come and go.

From Andy I scored a hot plate, a saucepan and a set of metal plates and cups. 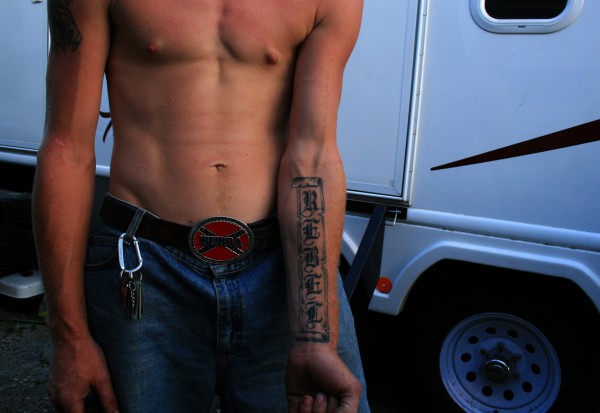 Redneck Scott (not the Scott who was fired), 21, from the Black River Falls area, is still smitten with the stripper who gave him a lap dance in Madison. “She had fucking pot leaves tattooed above her cooch,” he says, woozily. “I’d marry her in a heartbeat.”

In fact, when the season ends, he intends on hightailing to Madison with $500 on a quest for love.