The Home Stretch | The Feral Scribe

The Home Stretch | The Feral Scribe 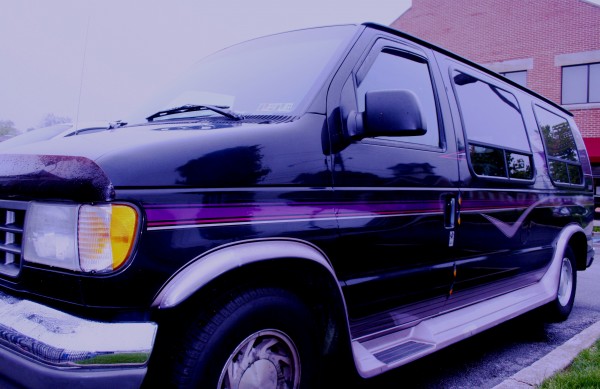 Winter wreaks havoc on the regional rail lines, causing frequent delays, which usually means long waits in the cold. For me, a late trolley equals a missed train equals a missed bus to the office, resulting in tardiness and smaller paychecks. Sometimes the train ride becomes a debacle. Earlier this month, on my way home, the train lost power between stops. For 45 minutes we sat in the dark, cold vessel until it coupled with another train that pushed us to the next station. There, we unloaded and waited 30 minutes for yet another train.

I could air grievances all day about Septa (the Southeastern Pennsylvania Transit Authority), so frequent are delays and numerous are the annoyances. But rather than let it bother me too severely, I instead took my trusty van, Purple Thunder, in for a long overdue repair.

For those unfamiliar with this saga, my van blew a pair of fuses late last summer. Three visits to Jenk’s Auto in Madison, WI, failed to fix the problem. Though each time I was assured that all was good, the fuses kept blowing. In all, I dropped $1,500 on bogus repairs. By the time the fuses blew again, I had already passed Pittsburgh and had little choice but to continue on to Philly, six hours away through heavy traffic without brake lights, blinkers or flashers.

I suspected a rogue wire was too blame, but unsure how many hours a diagnoses would require, I parked Purple Thunder at work, where it has sat since September. But as the cold here has become extreme and my aggravations with Septa have mounted, I decided it was time to visit Ernie, my mechanic here in Philly. Ernie made several repairs to my ex’s car, always performing solid work and charging far less than we’d anticipated. If anyone could identify the issue on the cheap it was Ernie, whose shop is on the same block as an abortion clinic that made news after authorities here made some grisly discoveries.

To my dismay, Ernie was anything but optimistic.

“Shorts are hard to find,” Ernie informed me. “I spent two days last week looking for one. Never did find it.”

I felt like I’d just been told my child was dying, our plans and dreams slipping away.

“What happens if you can’t find it?”

Ernie shrugs. “Ain’t nothin’ you can do. You live with it.”

That was unacceptable. In nine short weeks I’m packing up and leaving Philly for good, followed by months of travel. The death of Purple Thunder would take these plans with her to the grave. But things always work out one way or another. I mean, what is luck if not an ability to improvise and adapt to circumstances? I held my breath and handed Ernie the keys.

I’ve been planning 2011’s adventure, but nothing yet is definite, except that I’ll spend a good chunk of the summer out west and a couple of weeks in Alaska. I’ve also decided that in April I’ll say good-bye to Philly, though I’m not sure where I’ll go. I do know that I’ve had enough of the east coast. Everything out here requires twice the effort at double the cost, and for no good reason. To me, this city has always felt temporary and inaccessible, plus the humidity here in the summer is too much for me to bear. It’s utterly brutal.

However, I’ve never regretted taking up residence here. I have met some really cool people and had some great times, but it’s just never felt like a home. It has plenty of heart, but it lacks that magic to seduce. There’s a lot to like about Philly, and the east coast in general, but its captivation over me has waned. After three years, my relationship with Philly is like that of bored lovers. Though I haven’t been out west in 10 years, it’s allure over me has never eased. And that’s got to count for something. That’s why I’m going back.

Truth is, I’m unsure what I’m even looking for at this point. With nine weeks to go, I’ve entered the home stretch, which leads to destinations unknown. Spring will come as a blank slate. Untethered from the east coast, the possibilities are wide open and indefinite. No matter how abstract, daydreams of my upcoming adventures become more intoxicating by the day.

Last year I left with a loose itinerary that was rendered worthless the moment I hit the road. This year I’m not wasting time with much planning. All I know is that Purple Thunder is my only ride to nowhere.

My one gripe with Ernie is that he never calls when the vehicle is ready. So, late following the day I took it in, I phoned him for a status update. “She’s ready,” he said.

“As far as I can tell, nothing. I put in new fuses, drove’er around and couldn’t get’em to blow,” he explained.

“That’s not possible,” I said, shocked. “You saw all the blown fuses on the console, right?

“Come pick’er up and make’em blow,” he said. “Everything is working fine right now.”

I recovered the vehicle after work. It was late, so the shop wasn’t open. When I turned the key, Purple Thunder roared to life, blinkers and brake lights working. I drove her home without incident. Four days later, things do seem all good, except for gas prices, which have gone up considerably since September.

I was ecstatic to have her back, but fears persist that trouble will strike at any moment. Yesterday morning, I looked at the fuse box beneath the steering wheel. I noticed that Ernie had supplanted a 15 amp fuse with a 20 amp fuse. Had I been putting in the wrong fuse this whole time? I can’t say for certain that I wasn’t. Ernie’s the mechanic, so I trust he’d know right from wrong. I don’t think he’d try to compensate by installing an incorrect fuse.

I suppose there’s nothing to do but knock on wood, pick four-leaf clovers, keep my fingers crossed and avoid black cats. Purple Thunder is operational, the fuses are holding and Ernie charged me $0 for his troubles. Uncertainties aside, these are circumstances I can adapt to.

As for public transportation, I’ll continue riding for these final nine weeks. One drive to work summoned all I always loathed about the commute. There is no upside to driving. No matter your route, you sit in gridlock, going and braking, slogging through school zones and hitting more red lights than not. This convenience hardly elevates the quality of my life. At least sitting in a cold, dark train was slightly exciting and ultimately a problem someone else had to tend to. The trains may sometimes be late and occasionally break down, but they are always what the roads never are, which is peaceful.