The People in My Day | The Feral Scribe

The People in My Day | The Feral Scribe

Brent Delzer, 36, is currently serving a three-year federal prison sentence after pleading guilty in August to one count of conspiracy to traffic marijuana. “The Worst Summer Camp Ever” is a series of Delzer’s dispatches from the Federal Prison Camp in Duluth, Minnesota. The Feral Scribe interviewed Delzer on the eve of his surrender to federal marshals in September. That interview, which provides more details about his case, can be found here. 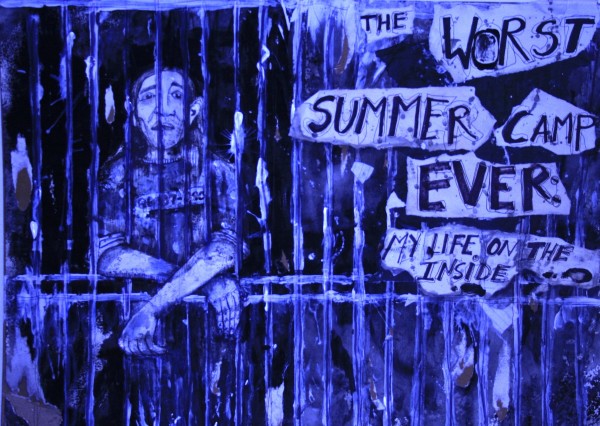 Hello again from the frozen north. I wanted to start this installment with just a little more on my intentions and reasoning behind this series of articles. I don’t want anyone to think that I am not taking my incarceration seriously or that this place is an easy cake walk. Neither could be further from the truth. This is the hardest thing I’ve ever done. Life here is no damn fun at all and everyday is a constant struggle to remain positive, which is why I’m writing. It helps being able to record the observations I make or the thoughts I have on what’s going on around me. That being said, let’s get to it.

I wanted to tell you about my roommates, as they figure quite a bit into my day-to-day life. I’ve already mentioned Fargo and Cash (my favorites), but, as I promised the last time, I’ll give a little more detail on them. Fargo is a good natured Native American who cares too much about what other people think of him. This gets him all riled up at any little thing that he feels to be an affront. This is funny shit because he sounds just like the characters in Fargo, with their nasally drawl. In this regard, he isn’t a fan of my laughter, but decent enough to let it go.

Cash is a laid back black guy. He’s funny on my mom and can’t understand why I won’t give him her e-mail address. He doesn’t like it when I tell him that I don’t believe a heroin-addict convict is a good match for my mother. She agrees.

In addition to those two, we’ve got the two new guys. Aragorn is a quiet, well-mannered guy and consequently not very interesting to write about. Then there’s Turtle. Now, he’s nice, too, but creepy. Ok, there, I said it. The motherfucker is strange. He stares at my feet. I mean, really stares. Who does that? He will start laughing for no reason at all. And he’s always lurking outside the room, like he’s waiting to be invited in. Weird man.

Have you ever met someone who thinks they’re the shit, but aren’t good at anything? Some who is jealous of anything that you’ve done or learned that they haven’t? Someone who believes they are to be worshipped when nothing could be further from the truth? The Head makes that person seem like someone you’d want for a best friend. This guy, The Head, will belittle you for knowing things. For doing things. One day, he waxed on and on about how smart he was. Later, he asked me if there’s an ‘e’ in the word ‘living.’

He’s taken to giving me shit for following an actual exercise routine. Day after day he tells me that it’s “cute” what I’m trying to do and that someday I might be up to his level. So I laughed at him. Then he decided he needed to show me how it was done. I said he was welcome to come along anytime and that it would be nice to have someone to work out with. We got there and he refused to stretch, calling it “some faggot shit.”

I was going to talk about my job, but I don’t feel like it anymore and will save it for another time. Instead, I’ll talk a bit more about some of the other characters in here.

There’s Sloth, who basically watches television when he’s not eating or sleeping. He values his weekends as they give him the opportunity to “finally get some fucking rest.”

Then there’s the Salad Bandit who comes to dinner everyday and loads up a food tray with, like, twelve pounds of salad, and usually eats only a fraction of what he takes. The Salad Bandit has become a good friend of mine, one of the few in here I look forward to seeing. We have to do something about his humor, though, because he takes something funny and overdoes it to death.

Po, this guy acts like a parrot. His favorite things to say are “You’re da boss of Duluth” and “Dat’s my cousin.”

And he can change on a dime.

When the guards, on inspecting day, jokingly told him that his room – the cleanliness of which he takes great pride in – was messy, Po reacted poorly.

“Don’t play wit’ me muthafucka,” Po yelled. “You know why I’m here? I’ll put a pistol to your head.”

“You know I can put you in the hole for saying that,” the guard replied.

Po isn’t the guy to piss off.

The last one I’ll talk about for now has the best reason for being here of anyone I’ve met yet. I’ll call him Awesome. You see, Awesome is here for trying to destroy the career of one Mr. John Stamos. Is that not the shit? Apparently, Awesome has compromising pictures of Stamos and tried extorting money from the actor. I’m sorry, any personal nemisis of John Stamos is a friend to me.

So, a couple more random thoughts then I’ll wrap this up. All of the clothing we wear is Air Force surplus, which is kind of cool. However, our gloves are these mitten-gloves where the thumb and index finger are glove and the rest is mitten. Sometimes I look at them on my hands I find myself thinking, ‘So this is how I would be if my mom had smoked crack?’

Interestingly, they sell cologne in the commissary. Cologne! Who the fuck do you want to smell sexy for in prison? It’s creepy enough waking up in the middle of the night to hear your bunkie singing the latest Ke$ha song.

Well, that’s about it for me. It’s about 3 a.m. and I get up to work out in three hours, with The Head. I will write again soon. Until next time… thank you for reading.